This strong, beautiful paper handmade from the mulberry tree is a precious cultural heritage that is invaluable today.

<Various types of beautifully colored traditional hanji made by a hanji artisan.>

Preserved record of over a thousand years

Hanji is a form of traditional Korean paper that uses the bark of the mulberry tree as its base ingredient. After paper was first imported from China, ancient Koreans developed their own unique method of making hanji, which has strong and durable fibers that are also very soft to the touch. Two important historic Korean documents were printed on hanji: the Mujujeonggwang Daedaranigyeong (Great Dharani Sutra of Immaculate and Pure Light, circa 704 A.D.), which was discovered inside Seokgatap at Bulguksa Temple in Gyeongju and is acknowledged as the first printed document in the world; and the Daebanggwang Bulhwaeomgyeong, which was produced in 755 A.D. (the 14th year of King Gyeongdeok). The Daebanggwang Bulhwaeomgyeong is a particularly valuable historical resource in that it provides clues to the paper-making technology of the day and includes the names of the production site and the paper maker. Having made possible the first-ever woodblock printing culture in the world and possessing outstanding preservation qualities—lasting over 1,000 years—hanji is indeed an invaluable cultural heritage. Hanji's endurance is even more remarkable when we compare it to modern CDs or microfilm, which must be changed every 10 to 20 years.

<The Mujujeonggwang Daedaranigyeong has remained almost perfectly intact for over a millennium.>

From tree bark to paper

The process of making hanji can be roughly divided into three steps: 1) preparation of materials; 2) sifting of the materials in a paper frame; and 3) completion. The first step involves cutting the mulberry tree into pieces, tying the pieces into bundles, and then placing them on an iron pot lid that has had water poured over it. The pieces are then surrounded with straw sacks; a fire is lit and stoked until the bark begins to peel. The bark is then peeled off the wood by hand and dried. The dried bark is again submerged in water and pressed until the water is squeezed out, after which only the white fibers remain. Lye is added to this mixture, which is then boiled for at least three hours. After washing the remaining fibers, the mixture is spread out on a flat stone and crushed with a pestle. The fibers that have been separated out in this manner are added to sticky water obtained from mashing the root of the mulberry tree, after which everything is mixed together thoroughly. The resulting mixture is sifted onto a single-legged frame and dried. After a finishing process called "dochim," the hanji is finally complete.

<Bark is removed from mulberry trees and washed in clean water.>

The finishing process of dochim is what makes traditional hanji such an excellent material. Dochim involves spreading out still-wet paper and pounding it with a pestle, which increases hanji's density and fiber formation. This process not only makes the paper's surface more minute and increases smoothness, but also creates a shine and a soft texture free of lint. 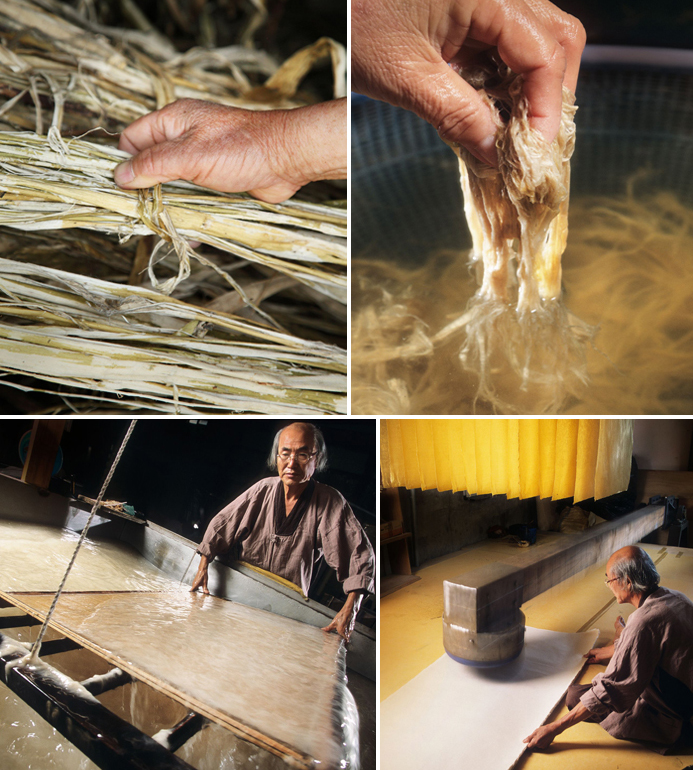 <A hanji artisan makes hanji in the traditional way.>

In addition to its amazing strength, hanji boasts outstanding permeability for air and moisture, a soft texture, flexibility, durability, and the ability to well-reflect and absorb all colors. Due to its excellent absorption, sound-proofing, and insulation capabilities, it has been used since antiquity in the building of houses by being pasted onto walls, door frames, floors, and even used to make furniture. As can be seen in its use by modern businesses that use cutting-edge technology, the excellence and superiority of hanji remains relevant today. 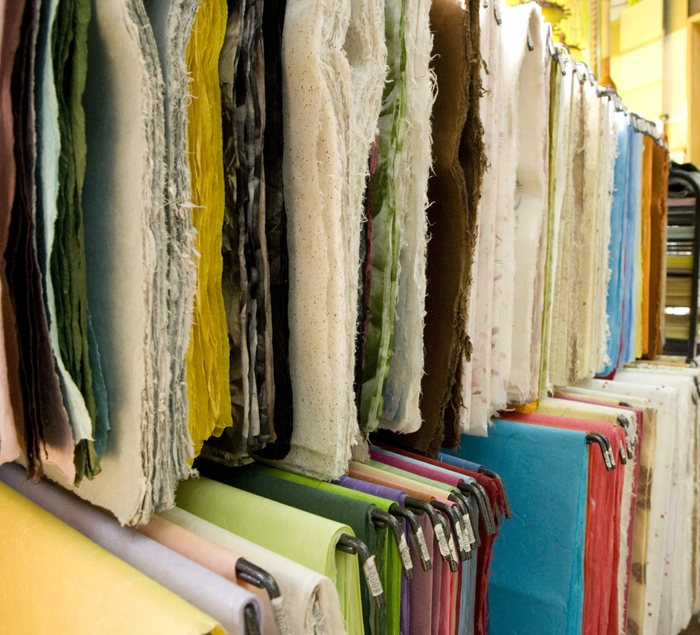 <Various types of hanji sold in a shop in Insadong, a neighborhood in Seoul best known for its antiques and traditional Korean handicrafts.>

From dolls to speakers: The infinite possibilities of hanji

Apart from its many functional properties, hanji embodies a traditional Korean beauty with its subdued colors and textures. Based on these features, hanji is currently being used in a variety of handicraft arts. The mulberry doll is one example. The dolls embody a distinctly Korean aesthetic with their signature comical expressions and rustic textures as well as with their muted colors, which peep through the dyed hanji. 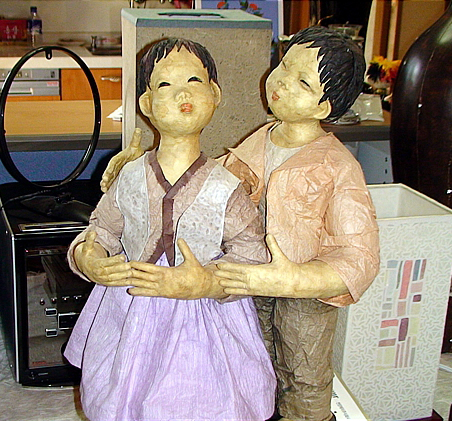 <Adorable hanji dolls made out of mulberry paper.>

Contrary to artificially-made pulp paper, hanji consists of plant fibers that are harmless to the body. Hanji is also environmentally sound since it uses non-wood pulp. Because hanji does not harm the body, it can potentially replace many chemical-based products that come in direct contact with human skin, like napkins, disposable gowns, disposable masks and diapers, and can also be used in construction finishing materials like wallpaper and flooring. Hanji fibers possess effective hazardous substance removal and antibacterial functions. Studies show that hanji-based cigarette filters perform up to 8 percent better than existing filters in removing nicotine, tar, and carbon monoxide. Furthermore, hanji is able to block up to 99 percent of electromagnetic waves emitted from electronic devices like computers. 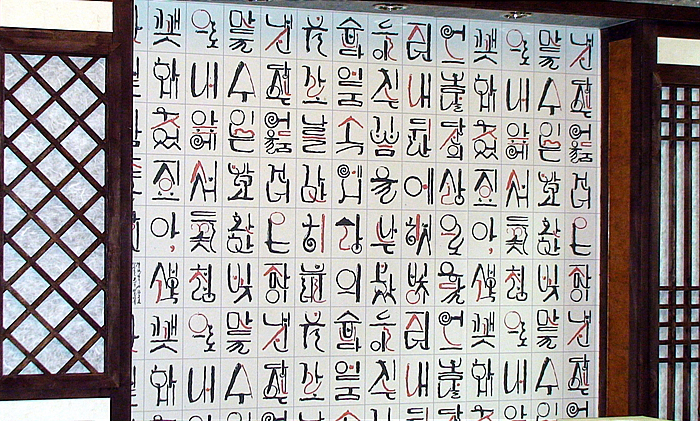 <Hanji designed with Hangeul characters and pasted onto a wall for a striking effect.> 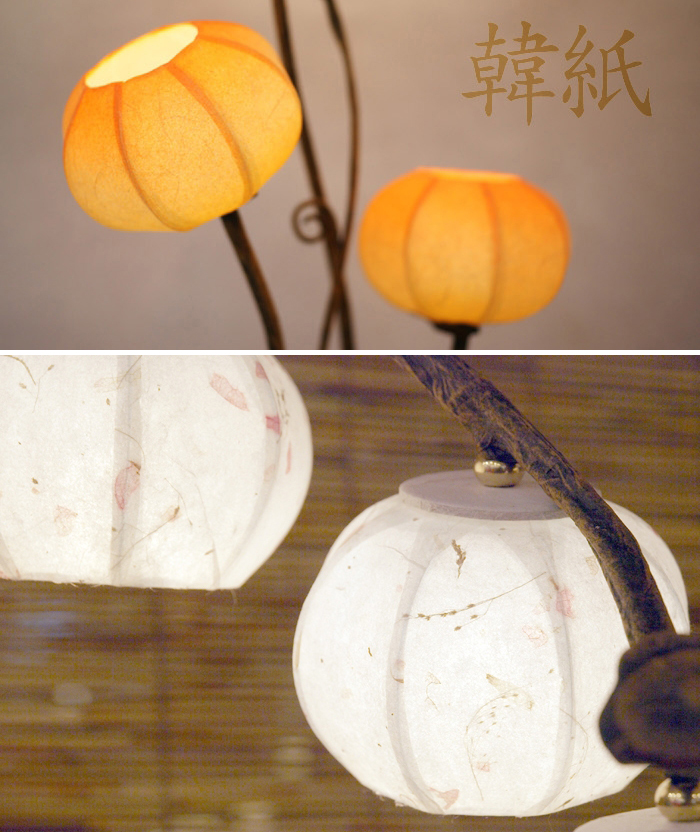 <Beautiful lights created with hanji give off a warm, subtle glow.>

Hanji's amazing ability to process vibrations has recently received renewed attention by being applied to speakers. The four-channel speaker, with high, middle and low tones and woofer functions, is believed to be the most ideal speaker. The only better version is a "dream speaker," that materializes all four channels with a single sheet, a speaker previously believed by music enthusiasts to only be possible in theory. However, hanji speakers have proven otherwise, perfectly producing four-channel sounds with a single sheet of hanji. This is the result of hanji's superb absorption ability and high density. The uses of hanji are virtually infinite, the reason it continues to be adopted into many new formats. 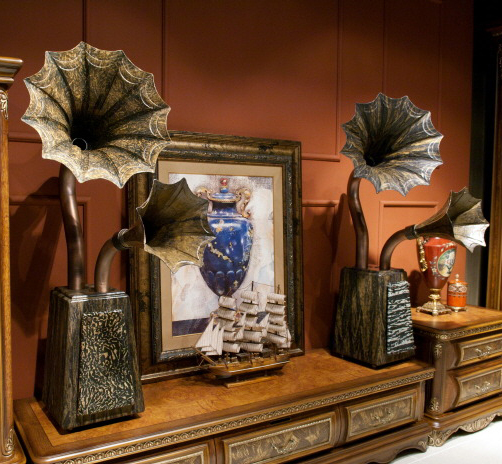