National Seal of Korea – a symbol of authority and legitimacy

Korean national seals are cultural heritages that tell a lesson in history within the bold forms captured in stone.

A history of the national seal of Korea, sometimes known as a "stamp" in the West. An echo of the ancient imperial seal of China. 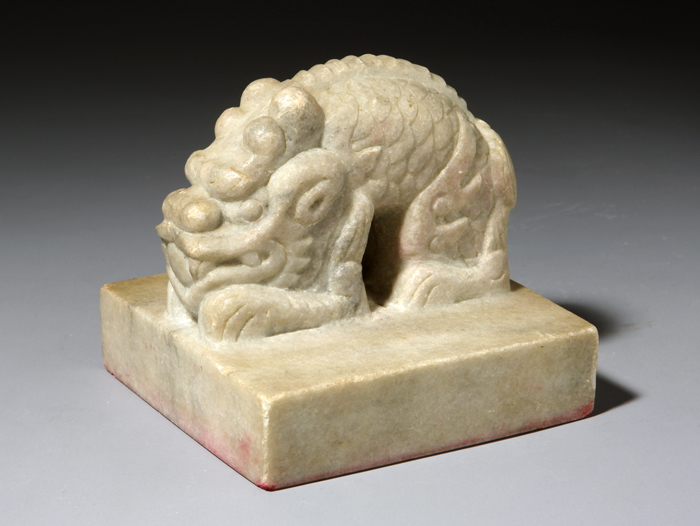 <A royal seal used in the Great Daehan Empire.>

2014, the return of the national seal of the Republic of Korea

On a state visit to Korea in April 2014, after the Korea-U.S. summit with President Park Geun-hye, U.S. President Barack Obama returned several cultural heritages to Korean representatives, including nine royal seals used in the Joseon Dynasty and the Great Daehan Empire. The cultural heritages returned on this day were illegally taken out of Deoksugung Palace during the Korean War by a U.S. marine officer and had been preserved by the officer's descendants until now. At the return ceremony, President Obama explained: "During the Korean War, an American marine lieutenant took several royal and state seals of Korea home with him. He probably did not know the historical significance of these cultural heritages." Obama also explained the details behind the return of the seals, noting that "after the lieutenant passed away, his wife realized the importance of these items and expressed her wish to return them to their native country." He also emphasized that, "This (return) is a symbol of respect that we have for Korean culture and the country."

The royal seal was used by the king or a court official designated by the king for affixing the state symbol on important documents and also indicated the king's authority and legitimacy. During the dynastic periods, Korea received its seals from Chinese emperors. However, after the declaration of the Daehan Empire in 1897, Emperor Gojong ordered the disuse of all the seals thus far in existence, commissioning a new seal that could represent the desire of the newly-named emperor for his country's independence from Japanese encroachment. This seal was included in the cultural heritages returned by President Obama, and has special significance for Koreans. 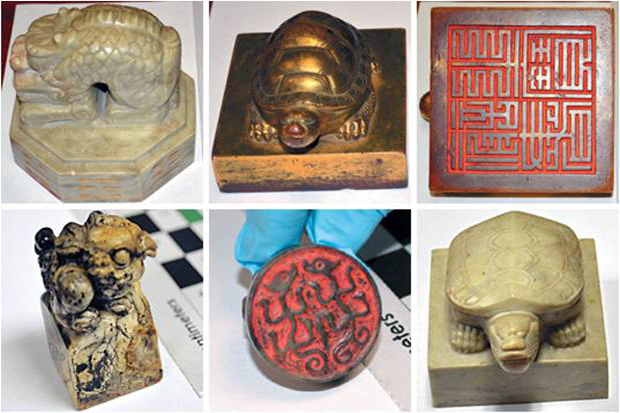 Heirloom Seal of the Realm: A symbol of authority

The Heirloom Seal of the Realm, the seal of the Chinese emperor, was the symbol of the China-centric world order. Zhu Yuanzhang (Hongwu Emperor), who drove out the Mongols in 1368 to become the first emperor of the Ming Dynasty, beat the ground in regret and said, "All of heaven and Earth has now become one family, but there is one thing that remains unfinished. It is my greatest regret that I do not possess the previous seal!" This reference was to the jade imperial seal that the Mongol emperor took with him in his escape of the Ming warriors.

The imperial seal is said to have been commissioned by Qin Shi Hwang, the emperor who first unified China, and was carved out of a fine type of jade discovered deep inside the mountains during the Zhou Dynasty. The seal is inscribed with Chinese characters meaning, "longevity and eternal prosperity with the mandate of heaven." As the most powerful seal in the world at the time, there is no Chinese emperor who did not go to extremes to possess it. When the Qin Dynasty collapsed, the seal was offered to Han Gao Zu, the first emperor of the Han Dynasty. Through countless twists and turns of fate, the seal was passed along the Three Kingdoms Period and the Song, Yuan and Qing dynasties. The last known owner of the seal was Chiang Kai-shek. It is currently housed in the National Palace Museum in Taiwan, but there is some debate over whether the seal in the museum is the original, which some believe was lost in battle during the mid-10th century, or a reproduction. As such, in Eastern culture, the imperial seal was not only a symbol of the king's legitimacy and power but also of a nation's sovereignty and political system. 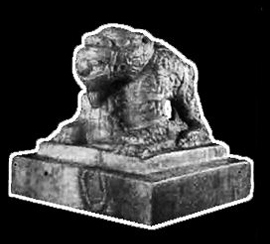 <The Heirloom Seal of the Realm at the National Palace Museum in Taiwan.>

National seal of the Republic of Korea: A witness of pain and sorrow

Korea has had a national seal since antiquity. The ancient Korean kingdom Buyeo used a seal called, "Seal of the House of Yeh." While there are no definite records of the seals used during the Three Kingdoms Period, it is believed that national seals were most likely affixed to diplomatic agreements made with the Chinese. After having used its own independently made national seal, Korea began to receive its seals from China after its political influence over its neighbor gradually weakened beginning in the Goryeo Dynasty. Including the gold seal sent in 1172 by the Jin Dynasty of China, the Chinese Liao, Yuan and Ming dynasties also sent seals to the King of Goryeo on several occasions. On a gold seal sent by the Hongwu Emperor in 1370 to King Gongmin is the inscription, "Seal of the King of Goryeo."

King Taejo, the founder of the Joseon Dynasty, returned the Goryeo national seal to Ming in 1392 and repeatedly requested a new national seal. However, the request was not honored in Taejo's rule. It was finally honored in 1403 with the bestowal of a gold seal by Yongle Emperor of Ming. Called the "daebo" or "eobo," the seal was affixed on diplomatic agreements with China only until 1636.

<In 1897, the year the Joseon Dynasty was reborn as the Daehan Empire, King Gojong was elevated to the status of emperor. This imperial seal was used by Emperor Gojong in secret in an attempt to block the threat to sovereignty posed by the Japanese. It was affixed on letters personally written by Gojong to the leaders of several countries.>

The return of the national seal reflects both the nation's disgrace and its honor. The wanderings of the Korean national seal for over a half-century in various foreign countries is a sad portrait of a nation that failed to protect its sovereignty and an important part of its history. The national seal of the Republic of Korea was first designed in 1949. The seal currently in use was made in 2011.

A history of the national seal of Korea, sometimes known as a "stamp" in the West. An echo of the ancient imperial seal of China.