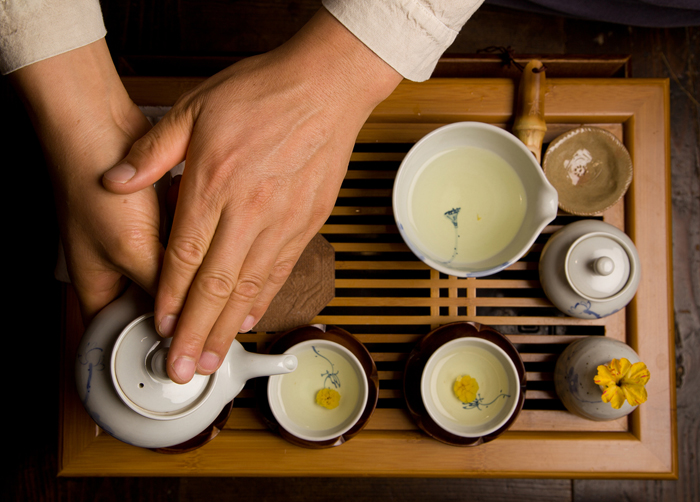 The Uniqueness of Korean Green Tea

While Chinese and Japanese teas are more widely known around the world, Korean green teas are popular in their own right for being very different from their renowned counterparts. And unlike black teas, which are fermented and oxidized before they are dried and shaped, Korean green tea is heated on an iron pot within a few hours of being picked, then rolled by hand and dried outside in the shade. This allows for the tea leaves to infuse clear light liquids, which have a delicate and subtle flavor. 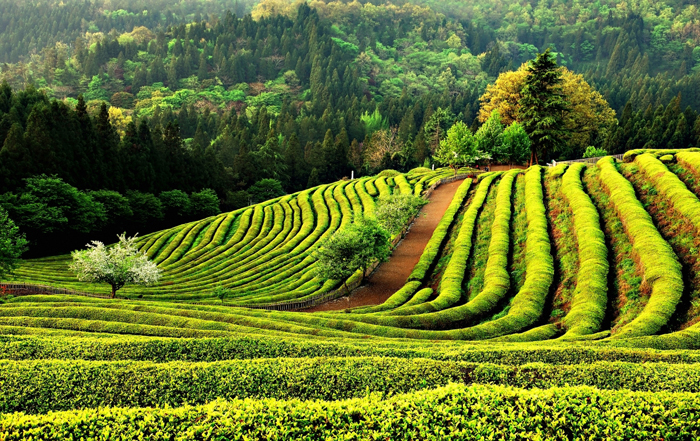 There are four grades of Korean green tea: Daejak, Jungjak, Sejak and Ujeon, the latter being the highest grade. Daejak is made of the largest tea leaves picked after June. This last picking is what is used to make much of the tea sold commercially in tea bags. This type of green tea has a stronger, somewhat harsher flavor than the first three types and is mostly enjoyed by novice green tea drinkers.

Jungjak is the most popular among tea lovers. The tea leaves gathered for Jungjak are slightly bigger than those of Sejak, and are gathered after Ipha (the start of summer, around May 5). The same care is taken in gathering and processing the tea leaves. Jungjak retains the same properties seen in the best grades of Korean green teas, such as the fresh aroma and smooth taste, and can be infused two to three times when brewed.

Sejak is the next best grade of green tea. Made of young tea leaf buds hand-picked one by one between Gogu (around April 20 when the spring rain often falls) and Ipha (the start of summer, around May 5), Sejak green tea is a traditional Korean green tea with a smooth flavor and scent. Since the delicate flavor of the Ujeon (see below) does not last long in the course of the year, the Sejak is more popular.

Ujeon is a Korean word meaning the best herbal green tea. Literally meaning "before the rain," Ujeon green tea is made by the very first tea leaves of the year, gathered before Gogu (around April 20 when the spring rain often falls). Only a small amount of tea leaves is available and the very first batch is very rare and expensive. It allows for four to five infusions when brewed. 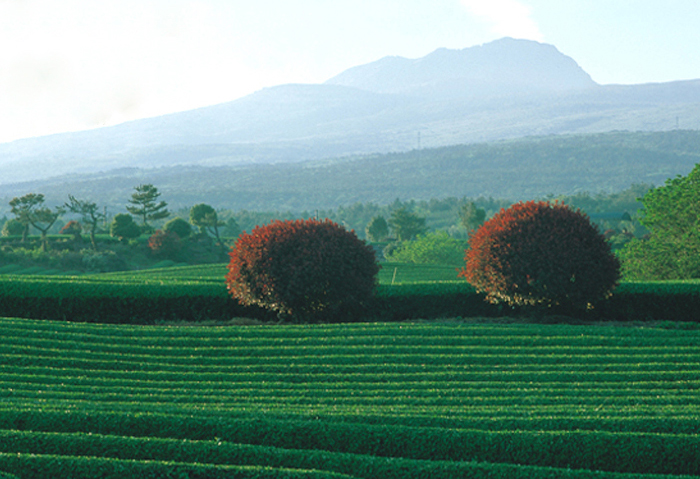 How to Brew a Cup of Korean Green Tea

There are a few prerequisites to a good cup of green tea. Everything from the quality of the water and tea, and the temperature of the water, to when the tea is added to the pot, or how long the tea is steeped, can influence the final result. 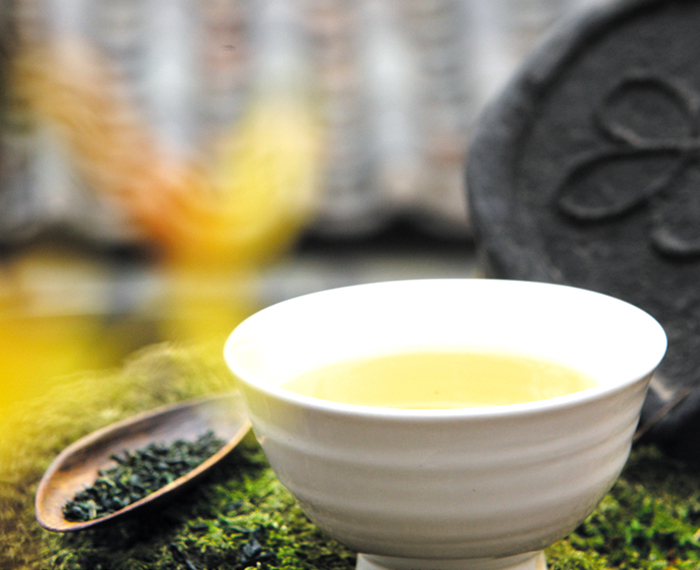 In order to prepare green tea the Korean way, we use a tea set usually consisting of a tea pot, and three or five cups that are smaller than Western teacups but are larger than the tiny Chinese ones. In addition, there is a large bowl for cooling the boiled hot water, with a lip for pouring the cooled water into the empty pot. The water in this large bowl is also used for warming the pot and cups before preparing and serving the tea.

How to Serve and Drink Korean Green Tea

Dado is a Korean word literally meaning "the way of tea" or tea ceremony. At first the different steps may seem complicated, but it does not take long to master them and for them to become a part of one's life. When one experiences this ceremony, one can fully understand that this ceremony is not for show as Koreans feel that it is very important to remain natural while drinking tea together. Although dado was also developed to help meditate and cleanse one's mind of the worries of daily life, it is a way to enjoy all the pleasures the tea gives. 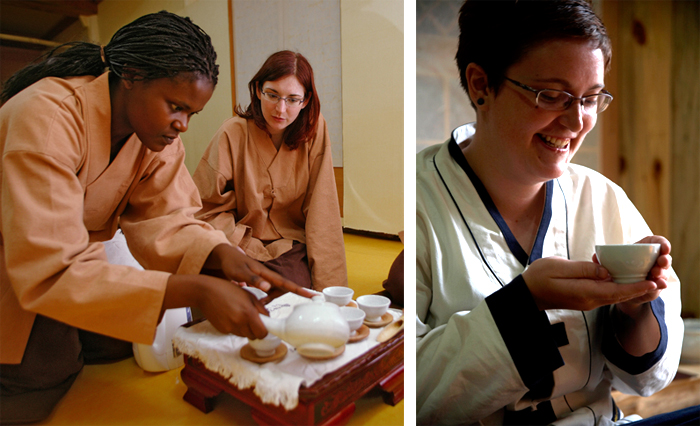 The first serving of a new batch of tea is poured directly into the cups, a little at a time, back and forward three times until the cups are filled, in order to spread equally the stronger tea that emerges from the bottom of the teapot. No water must remain in the pot, or it would develop an undesirable bitter taste.

Korean green tea is usually drunk holding the cup in both hands. The first step is to view the color of the tea, the second to inhale its fragrance, the third to taste it on the tongue, the fourth to follow its taste in the throat, and finally there is the lingering aftertaste in the mouth to be enjoyed.

The water for the second and subsequent cups can be a little hotter than what is used for the first. The leaves having softened, the water needs to stand on them for only a very short moment, and then the tea is poured into the lipped bowl, which is passed around people serving themselves directly. This avoids passing cups back and forth. Ordinary green tea will usually have lost most of its flavor after serving it three times, but very good tea may be used to make four or five rounds. The used tea leaves can be employed in a variety of ways: in cooking, in bathwater or as a hair-rinse, or to remove an unpleasant smell from a refrigerator, etc.